The Future of Jobs 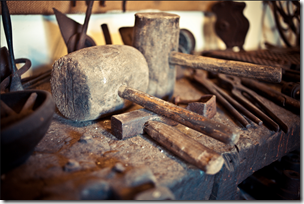 Work as we know it, and the nature of jobs are rapidly changing.

What is the future of work and will you be able to get a job in the future?

Will automation take over the world?

Will you, your parents, your kids, your friends, etc. be able to find a job and make a living?

If you want to get a job, keep a job, or create a job, you need to know the trends and insights shaping the future of work.

What you don’t know, can hurt you, and what you do know can help you better prepare for the future.

Ruth Fisher on the Future of Jobs

Ruth Fisher is author of Winning the Hardware-Software Game: Using Game Theory to Optimize the Pace of New Technology Adoption.  She helps companies define, articulate and quantify technology profits, costs, and value.  And, she’s been applying what she knows to figure out the future of jobs.

Fisher has created an outstanding series on the future of jobs.  Let’s take a quick walkthrough to see what the future holds …

In Part 1, Automation of Jobs, Part 1: Two Schools of Thought, Fisher identifies two schools of thought regarding how the future of jobs will change:

In Part 2, Automation of Jobs, Part 2: The Current Global Environment Is Unique, Fisher makes the case that our current economic landscape is actually unique.

She provides several data points about how our current environment is unique:

Here is Fisher’s summary of what this all means in terms of the current and emerging economy:

“To briefly summarize, the current environment is global in nature, currently in the midst of a severe recession as well as a long-term state of transition as society adapts to new technologies, and actions undertaken by players (businesses, policymakers, etc.) will have an impact on other players globally. Since the current economic environment is different from those that existed in the past, any generalizations that attempt to project past experiences into the future must be carefully considered.”

Part 3: The Nature of Jobs Has Changed over Time

In Part 3: Automation of Jobs, Part 3: The Nature of Jobs Has Changed over Time with the Introduction of New Technologies, Fisher names three ways how the job market has changed:

Part 4: What Automation Can and Cannot Do

In Part 4: Automation of Jobs, Part 4: What Automation Can and Cannot Do, Fisher summarizes research around the types of tasks there are, and what automation can do, and what it can’t.

Here is the narrative that goes along with Fisher’s research:

Part 5: What Will the Future Hold for Jobs?

In Part 5: Automation of Jobs, Part 5: What Will the Future Hold for Jobs? Fisher walks through how the future of jobs will change.   There will be some jobs better for automation and some jobs that are better for humans.    Here is a summary table based on Fisher’s findings:

Via Part 5: Automation of Jobs, Part 5: What Will the Future Hold for Jobs?:

“As technology improves, automation will be able to perform more types of tasks and thus start to chip away at (i.e., overtake) some of the tasks that are currently being performed by human workers.”

On a good note, there will still be room for unskilled jobs, and there will always be jobs in arts, entertainment, and recreation.

Via Part 4: Automation of Jobs, Part 4: What Automation Can and Cannot Do:
”Furthermore, there are many tasks that require the most basic of human skills that automation simply cannot perform (or won’t be able to perform anytime soon). In particular, the are many jobs that involve combinations of large-frame pattern recognition and sensorimotor skills (dexterity) that automation cannot perform, including the cleaning, maintenance, installation, and repair of grounds, buildings, and objects. Also, many tasks performed by personal care workers, attendants, and construction personnel involve both large-frame pattern recognition and sensorimotor skills, together with the addition of complex communications. In other words, unskilled jobs are not going to disappear anytime soon.

And of course, most jobs in the arts, entertainment, and recreation categories are, by their very nature, precluded from being performed by automation.”

Technology will Compliment Humans and Change the Nature of Their Jobs

The nature of jobs will change, and according to Fisher, a prevailing pattern will be that technology will compliment people performing their work.

Via Part 5: Automation of Jobs, Part 5: What Will the Future Hold for Jobs?:

“So what we have is that the global nature of the world’s economies suggests that competition will continue to increase the pace of new technology development, while prices in existing markets will continue to decrease and whole new markets will continue to appear (this is the premise of Brynjolfsson and McAfee’s The Second Machine Age). The pace of new technology adoption in different markets will certainly be delayed by such factors as consumer resistance or other market frictions (discussed in Part 2). However, technology will eventually prevail. In most cases, experience has shown that new technologies are more likely to complement humans and change the nature of their jobs than it is to replace workers entirely, though in some cases jobs will certainly disappear. This should continue to be true, unless or until new technologies are able to master inherently human tasks or skills. Given the continued discovery of new complexities in the human body – and especially in the brain – artificial intelligence is not expected to be able to master human skills anytime soon.”

The Key to the Future is Small Businesses, Start-Ups, and Entrepreneurs

In The Future, Will Only Robots Celebrate Labor Day?, Mark P. Mills summarizes how a combination of improvements in technology and increases in standards of living in developing nations should lead all workers globally, skilled and unskilled alike, to be better off.

Via The Future, Will Only Robots Celebrate Labor Day?:

“Since 1890, we have seen profound technology changes; and we have come to take them for granted. It’s easy to forget that 1890 was literally, not figuratively, the horse-and-buggy era.

Such technological progress drove productivity, boosted the economy, and created jobs – and new kinds of jobs. No one in 1914, when half of America lived on farms, imagined the kinds of jobs that would exist by 1964 – for example, those associated with radio and television and electronic media. Similarly, no one in 1964 imagined the companies and jobs that would emerge by 2014 – for example, the $300B software industry employing multitudes. The U.S. Census didn’t even have a job category called “software” in 1964.

In order to ameliorate the inevitable disruption that progress brings, policymakers should get out of the guessing game and let the millions of varied private businesses take primary responsibility for both creating new jobs and re-training employees as needed. The government, for its part, should stick to what is knowable about the drivers of job growth. Job creation happens when economies boom as result of an expanding private sector, and especially with the proliferation of small businesses, start-ups and entrepreneurs. It should go without saying, but it does require saying, that the key thing government can do is to create conditions that accelerate private sector growth and new business formation.”

It will be exciting to see how jobs evolve, given the pace of change.

If you’re doing routine, repetitive work, it’s easy to see how automation can come along and change that.

While it might be easy to want to fall into the mindset to stop the flow of progress, one of my mentors has a different view on why automation is important.

“If it can be automated, it’s not human.”

Choose Your Jobs Based on Strengths

The Entrepreneur, The Manager, and the Technician

Deliberate Practice
Next Post:Never Get Sick – The Secret to Super Immunity