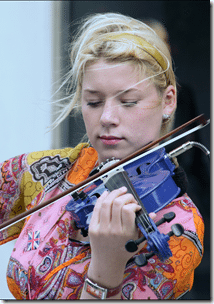 “Ignorance and bungling with love are better than wisdom and skill without.” — Henry David Thoreau

What if you could do a month’s worth of practice in six minutes?

You can, but you have to slow down to speed up.

You can’t just go through the motions.  If you want to build skills at an accelerated rate, you have to do deep practice.  Deep practice is how you build myelin.  Myelin is what wraps and insulates your chains of nerve fiber chains to make your living circuitry faster and more accurate.

Myelin is a big deal.  It’s the holy grail of acquiring skill.

Skill is something you build by being fully engaged.  It’s an active thing, not a passive thing.  You can learn a lot more in a lot less time simply by making your practice highly targeted, and error-focused.

Chalk one up to being in the moment, being fully engaged, and the power of NOW.

How much time have you wasted by glossing over things, rushing through things, or being distracted, while trying to learn something new?  Like Stephen Covey said, “Some people say they have twenty years, when in reality, they only have one year’s experience, repeated twenty times.’”

In my experience, those who master skill building, master their motivation, ability, and feedback in tight and targeted loops.

In the book, The Talent Code, Daniel Coyle shares a look at how we build skill at a rapid rate and how myelin plays a key role in making us better, faster, and more accurate.

Deep practice involves 3 rules:  1) Chunk It Up 2) Repeat It 3) Learn to Feel It.  Deep practice is a slow, deliberate, and awkward process, whether you’re doing fast and varied movements, or precise, accurate, and stable ones.  But it’s how we learn, it’s how we grow, and it’s how we build our skill and optimize our neural paths.

“’Look at that!’ McPherson says. ‘She’s got a blueprint in her mind she’s constantly comparing herself to.  She’s working in phrases, complete thoughts.  She’s not ignoring errors, she’s hearing them, fixing them.  She’s fitting small parts into the whole, drawing the lens in and out all the time, scaffolding herself to a higher level.’”

Practice makes perfect.  But only if you practice well.

“This is not ordinary practice.  This is something else, a highly targeted, error-focused process.  Something is growing, being built.  The song begins to emerge, and with it, a new quality within Clarissa.”

A Zone of Accelerated Learning

“They have tapped into a neurological mechanism in which certain patterns of targeted practice build skill.  Without realizing it, they have entered a zone of accelerated learning that, while it can’t quite be bottled, can be accessed by those who know how.  In short, they’ve cracked the talent code.”

Myelin makes the signals through our chains of nerve fibers stronger and faster.

“The talent code is built on revolutionary scientific discoveries involving a neural insulator called myelin, which some neurologists now consider to be the holy grail of acquiring skill.  Here’s why.  Every human skill, whether it’s playing baseball or playing Bach, is created by chains of nerve fibers carrying a tiny electrical impulse — basically, a signal traveling through a circuit.  Myelin’s vital role is to wrap those nerve fibers the same way that rubber insulation wraps a copper wire, making the signal stronger and faster by preventing the electrical impulses from leaking out. “

The Thicker the Myelin, the Faster and More Accurate We Become

When we build our myelin, we get better and faster at what we do.

“When we fire our circuits in the right way — our myelin responds by wrapping layers of insulation around that neural circuit, each new layer adding a bit more skill and speed.  The thicker the myelin gets, the better it insulates, and the faster, more accurate our moves and thoughts become.”

Everybody Can Grow It

It’s universal.  Everybody can grow their myelin and improve their skills.

“Myelin is important for several reasons.  It’s universal: everyone can grow it, most swiftly during childhood but also throughout life.  It’s indiscriminate: it’s growth enables all manner of skills mental and physical.  It’s imperceptible: we can’t see it or feel it, and we can sense its increase only by its magical-seeming effects.”

Skill is a Cellular Thing

We have a new model for thinking about skill – it’s a cellular thing.

“Most of all, however, myelin is important because it provides us with a vivid new model for understanding skill.  Skill is a cellular insulation that wraps neural circuits and that grows in response to certain signals.”

Grow Your Skills, by Growing Your Myelin

The more you do the right kind of practice, deep or deliberate practice, the more skill you get.

“The more time and energy you put into the right kind of practice — the longer you say in the Clarissa zone, firing the right signals through your circuits — the more skill you get, or, to put it a slightly different way, the more myelin you earn.  All skill acquisition, and therefore, all talent hotbeds, operate on the same principles of action, no matter how different they may appear to us.   As Dr. George Bartzokis, a UCLA neurologist and myelin researcher, put it, ‘All skills, all language, all music, all movement, are made of living circuits, and all circuits grow according to certain rules.’”

If you want skills to pay the bills and to lead a better life, then slow down to speed up.

How To Communicate with Anyone Without Conflict
Next Post: 4 Patterns that Help You Understand How People Respond (Compete, Collaborate, Polarize, or Go Meta)