The Leader Must First Belong 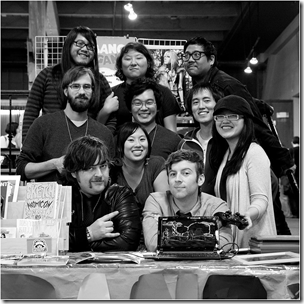 One of the golden rules of leadership is, “rapport before influence.”   This is especially true when it comes to leading a group.

In order to lead a group, you need to be first accepted by the group.  It might sound ironic, but before you can be an outstanding leader, you first need to “fit in.”

Good management can create worthy goals, but it’s good leadership that creates rapid organization buy in and motivation toward those goals.

In the book, The Boston Consulting Group on Strategy, Carl Stern and Michael Deimler write about how leaders must first belong if they want to motivate and influence change.

Manager, but Not Leader

Having a management tile is one thing.  Being accepted as a leader is another.  In order to be a leader, you have to get over the first hump.   Stern and Deimler write:

“Some managers are unable to get past the first hurdle to become accepted as leaders of their organizations.  They may be managers in title but not leaders.  Their organizations fight them on every change.  They are told only that which they ask.  Their followers feel ‘the boss doesn’t understand.’”

To successfully influence and lead a group, you must first belong.   Stern and Deimler write:

“Before a leader can lead they must first belong.  They, more than anyone else, must live up to the ideals and standards the group has already previously accepted.  If they cannot do this, they cannot lead, no matter their ability or power.  For these reasons, leaders are strong or weak only with reference to specific groups.  The leader leads only with respect to the group that will accept them first as a member and then as first among them.”

If you want to truly lead a group, first become a part of it.

8 Ways to Achieve Results—Instead of Just Wishing You Could!
Next Post:How To Change a Habit with Agile Results