The Market Rewards Execution, Not Ideas 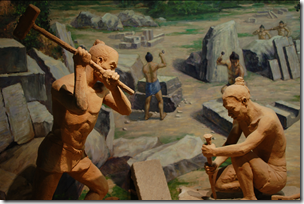 “It’s fine to celebrate success but it is more important to heed the lessons of failure.” — Bill Gates

Do you have a bunch of good ideas that just don’t go anywhere?

Are you wondering why the Pet Rock idea went big and your idea didn’t?

Execution is a large part of the equation.

It has plenty of ideas.

In the book, How to Fail at Almost Everything and Still Win Big: Kind of the Story of My Life, Scott Adams shares his insight that good ideas are readily available, but the execution of good ideas is not.

It was a good idea.  But not one that the market would pay for.

Via How to Fail at Almost Everything and Still Win Big: Kind of the Story of My Life:
“In the seventies, tennis players sometimes used rosin bags to keep their racket hands less sweaty.  In college I built a prototype of a rosin bag that attached to a Velcro strip on tennis shorts so it would always be available when needed.  My lawyer told me it wasn’t patent worthy because it was simply a combination of two existing products.  I approached some sporting good companies and got nothing but form-letter rejections. “

Good Ideas Have No Value

There are too many of them.

“I dropped the idea.  But in the process I learned a valuable lessons: Good ideas have no value because the world already has too many of them.  The market rewards execution, not ideas.  From that point on, I concentrated on ideas I could execute.  I was already failing toward success, but I didn’t know it yet.”

Interestingly, in my line of work, which is effectively helping people and businesses transform and realize their value, one of the most important checks we do against any idea is “ability to execute.”

If the impact would be high, but the ability to execute is low, we find other ideas we can execute first to build some momentum.

Focus on the Wildly Important

Your Job is to Find a Better Job
Next Post:The Key to Success is Not Passion