Be the Politically Competent Leader 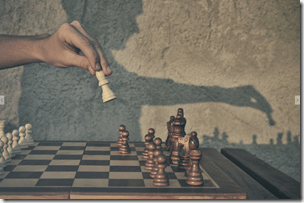 “The key to successful leadership is influence, not authority.” — Ken Blanchard

The problem is putting ideas in place.

And to put ideas in place, like or not, it takes political competence.

Master Political Competence to Win Allies, Head Off Resistance, and Get Results

To be effective at putting your ideas in place you need to be a Politically Competent Leader (or pair up with one.)

The Politically Competent Leader gets results, while The Political Analyst and the Consensus Builder get stuck in the process.

In Get Them on Your Side, Samuel B. Bacharach writes about the Political Leader, the Political Analyst, and the Consensus Builder.

The politically competent leader knows how to map the political terrain, get people on their side, and lead a coalition.

“The Politically Competent Leaders are the ones who put all three components of the political process in place: They map the terrain, they get people on their side, and they get results.”

Political analysts know the terrain, but aren’t able to build a coalition.

“When you’ve only mapped your political terrain, but failed to build a coalition, you are a Political Analyst. Political Analysts are those who are able to anticipate the reaction of others and understand their agendas, but they have an inability to get others on their side.

They are not capable of going through the dialogue and interaction that is necessary to build a coalition.”

Consensus builders tend to spend a lot of time meeting, discussing, analyzing, but not accomplishing.

“You see consensus builders everywhere in your organization. These are folks who do their political mapping, understand the terrain of allies and resistors, and who spend the remainder of their time building coalitions of support.

The problem is, that’s where they stop.

Consensus builders never seem to be able to get past that stage. They are unable to mobilize their supporters in a way that actually makes things happen. Consensus builders have very strong process capabilities. They have the ability to prolong meetings into marathon sessions with their diatribes and their need to ‘talk ideas to death’.”

You may not like the idea of politics, but you don’t need to.  You just need to improve your effectiveness so that you can be more effectively put your ideas in place, influence the people that need to help you, and make more impact.

When you can see the map, and how getting people on your side works, you can be more effective.

How To Put Good Ideas in Place
Next Post: How To Survive Counter-Coalitions Against Your Ideas