The Power of Thought 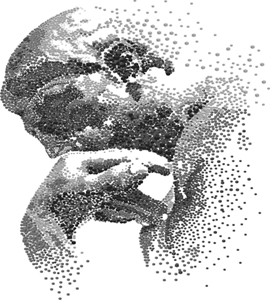 Have you read James Allen’s As a Man Thinketh?    Every now and then, somebody captures the essence and ideals of a concept in an elegant and timeless way.

It’s a great little work, dedicated to the power of thought.  The idea is that we shape our thoughts, and our thoughts shape our experience.  It’s about how we make ourselves, or break ourselves.  As a Man Thinketh has been read by millions of people seeking joy, success, and health through the power of thought and its effect on life.  It delivers.

I love the lead in.  James says this about his work:

“It is suggestive rather than explanatory, its object being to stimulate men and women to the discovery and perception of the truth that –  They themselves are makers of themselves by virtue of the thoughts which they choose and encourage; that mind is the master-weaver, both of the inner garment of character and the outer garment of circumstance, and that, as they may have hitherto woven in ignorance and pain they may now weave in enlightenment and happiness.”

Here is my favorite passage on the power of thought from As a Man Thinketh:

“Man is made or unmade by himself; in the armory of thought he forges the weapons by which he destroys himself; he also fashions the tools with which he builds for himself heavenly mansions of joy and strength and peace. By the right choice and true application of thought, man ascends to the Divine Perfection; by the abuse and wrong application of thought, he descends below the level of the beast. Between these two extremes are all the grades of character, and man is their maker and master.

Of all the beautiful truths pertaining to the soul which have been restored and brought to light in this age, none is more gladdening or fruitful of divine promise and confidence than this – that man is the master of thought, the molder of character, and maker and shaper of condition, environment, and destiny.”

Are you thinking the thoughts that serve you?

How To Define Intelligence in a Better Way
Next Post:How To Build Your Creative Confidence