The Psychology of Your Future Self 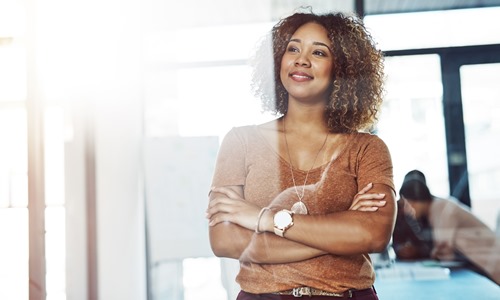 Your disconnect from your Future Self, hurts the decisions you make today.

Your Future Self, often regrets the decisions you make today.

Why are we so disconnected from our Future Self?

Because we underestimate how our values, personality, and preferences will change over the next 10 years.

And because we’re better at remembering the past than we are at imagining the future.

With that in mind, if you learn the psychology of your Future Self, you can use that to rise above the trap of today’s decisions.

In an epic talk, The Psychology of Your Future Self (Video), Dan Gilbert shares some actionable insight you can use to shape a better you.

Our Future Self Often Regrets Our Past Decisions

Dan sets the stage right up front by framing how we make decisions that profoundly affect who we will become.

But we often make decisions that our Future Self regrets.

“At every stage of our lives, we make decisions that will profoundly influence the lives of the people we’re going to become.

Then when we become those people, we’re not always thrilled with the decisions we made.

The question is–Why do we make decisions that our Future Selves, so often regret?”

Why Do We Make So Many Decisions Our Future Self Regrets?

We seem to get wrong how much time will change us, whether early in life or late in life.

According to Dan, we have a fundamental misconception about the power of time.

When Does Personal Change Slow Down?

When does the rate of personal change slow down?

For most people, their answer is now.  Right now.

Right now you think you have becomes the person you will be, so your rate of change must obviously slow down.

Whether they are a teenager, or middle age, or old age.

So if we always think that “now” is when our rate of change has slowed down, we’re underestimating how time will change us.

“But what is the name of this magical point in life where change suddenly goes from a gallop to a crawl?

Is it teenage years?  Is it middle-age?  Is it old age?

The answer it turns out, for most people is now.
Wherever now happens to be.”

After all, change slows down, so whoever we are right now, must be it.

We finally became the person we are going to be for this lifetime.

But that’s in illusion.

The illusion is that whoever we are right now, we have become the person we were meant to be.

We underestimate how much we will change over the next 10 years.

“All of us are walking around with an illusion…An illusion that history, our personal history, has just come to an end.
That we have just recently become the people that we were always meant to be and will be for the rest of our lives.”

The “End of History Illusion” Study

To back up these ideas about the Future Self, Dan walks through a study, referred to as the “End of History Illusion”.

It’s a study in how people’s personal values change over time.

They focused on 3 values:

These are pretty common values.   But what’s important over time is how we balance these values.

As you grow, as you age, the balance of these values shifts.
So how does it do so?

To find the answer, Dan and team asked thousands of people.
They asked half of them to predict, how much will their values shift in the next 10 years.
And they asked the other half, how much their values changed in the last 10 years.

This enabled them to do a really interesting kind of analysis:
”Because it allowed us to compare the predictions of people say 18 years old, to the reports of people who were 28, and to do that kind of analysis throughout the lifespan.”

We Vastly Underestimate How Much We Change in 10 Years

What did Dan and team learn from the study?

“At every age from 16 to 68 in our data set, people vastly underestimated how much change they would experience over the next 10 years.

We call this, the End of History Illusion.

The surprise is, it’s not just values that we underestimate will change over time.

It’s our personality, too.

Most psychologists now claim that there are 5 fundamental dimensions of personality:

Imagine that.   Just when you thought you were finally you.

Well, you’re you for now, but over 10 years, that you is still a work in progress, subject to change

“It’s not just values.  It’s all sorts of other things.  For example, personality.

What we found?  Well,  you’re going to get used to seeing this diagram, over and over.
Because once again, the rate of change does slow as we age.
But at every age, people underestimate how much their personalities will change in the next decade.“

We overestimate the stability of our preferences.

We place higher value on our immediate best friend, favorite vacation, and favorite musician, than might hold true over time.

There are exceptions, but the science says, that even what we think of as stable preferences can change over time, too.

And what we find?

Well, you’ve seen it twice now, and here it is again.

Few of Your Favorite Musicians Stand the Test of Time

To learn how our values shift in the future, Dan and team ran an experiment based on much people would pay to see their favorite musician perform 10 years from now.

Then they compared that with how much would they pay to see their favorite musician from 10 years ago perform today.

As you can imagine, we think we’ll pay more in the future for our favorite musician, than we actually will.

“We asked people to predict for us, to tell us, how much money they would pay right now to see their current favorite musician perform in concert 10 years from now.
And, on average, people said they would pay $129 dollars for that ticket.
And yet, when we asked them, how much would they pay to see the person who was their favorite 10 years ago perform today, they say only $80 dollars.

In a perfectly rational world, these should be the same number, but we overpay for the opportunity to indulge our current preferences, because we overestimate their stability.”

Our Disconnect from Our Future Self Hurts Our Daily Decisions

Because we don’t relate to our Future Self, we don’t make that decisions that could

One definition of Hell is:

All of our decisions, big and small, compound over time, taking us further away from who we could become.

“Does any of this matter?…Is this just a form of mis-prediction that doesn’t have consequences?
No, it matters quite a bit, and I’ll give you an example why.
It be-devils our decision making in important ways.”

Why Do We Underestimate the Amount of Personal Change?

One reason why we might get our Future Self wrong is because we find it hard to imagine who we will actually be in the future.

We’re better at remembering the past than we are at imagining the future.

Maybe this is a survival skill, where it was more important to remember what ate our village people last week versus envision what is our village going to look like in a year.

Dan says:
”We’re not entirely sure, but it probably has to do with the ease of remembering versus the difficulty of imagining.

Most of us can remember who we were 10 years ago, but we find it hard to imagine who we’re going to be.
And then we mistakenly think that because it’s hard to imagine, it’s not likely to happen.”

It’s Your Own Lack of Imagination

Our ability to connect with our Future Self, is actually a lack of imagination.

If we can’t imagine our Future Self, then we’re pretty much going to simply stick our Current Self into the future, or turn off the future completely, and just focus on today, here, now.

“Sorry, when people say, ‘I can’t imagine that’, they’re usually talking about their own lack of imagination, and not about the unlikelihood of the event that they’re describing.”

Time Reshapes Our Values and Alters Our Personalities

How would you invest in yourself differently if you really felt how much change was possible over the next 10 years?

How would that influence your day to day decisions?

How different would you imagine your Future Self to be than you are today?

The key message from Dan is that time is a powerful force that changes and compounds our values and personalities over time.

“The bottom line is time is a powerful force.
It transforms our preferences, it reshapes our values, it alters our personalities.”

Work on Your Skill of Imagination

The good news is that imagination is a skill you can work on.

You can work on your creativity.

You can work on the skill of visualization.

The skill of visualization is how leaders, athletes, artists, and more create and shape the future with skill.

If you want to better connect with your Future Self, work on your inner visionary today.

Mastering Year-End Reflection: Close Out the Past and Set the Stage for a Better Year
Next Post:The 3 Best Books I Read in 2021