The Strengths Movement–A Shift from Weaknesses to Strengths 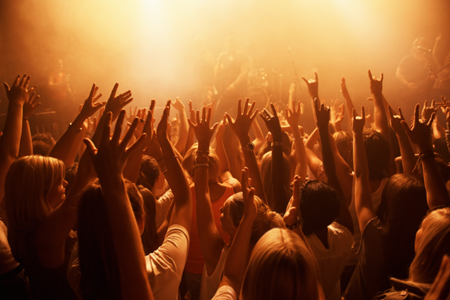 “You are more precious to the world than you will ever know.” — Lili Rhinehart

Are you a part of the strengths movement?

In Go Put Your Strengths to Work: 6 Powerful Steps to Achieve Outstanding Performance

, Marcus Buckingham traces the source of the strengths movement.

According to Buckingham, Peter Drucker wrote that effective executives focused on strengths.

“Some will identify Peter Drucker, citing his seminal 1966 book, The Effective Executive, in which he wrote:

According to Buckingham, Dr. Martin Seligman said that psychology is half-baked since it focused on what’s wrong with us, instead of what’s right with us.

“Some will reference to Dr. Martin Seligman’s 1999 speech after becoming president of the American Psychological Association.

‘The most important thing we learned was that psychology was half-baked, literally half-baked,’ he said.

‘We’ve baked the part about mental illness, about repair of damage.

The Strengths Movement is Now in Full Flood

The strengths movement is gaining momentum and it’s here to stay.

“Whatever is its true source, the strengths movement is now in full flood.  It is a wave of change that, over the last several years, has swept us all forward.  No discipline has been left behind.

Whatever we work in business, government, education or health care, this wave has lifted us up, spun us around, and revealed to us all a new world.

You may not yet recognize the change – some of us were bowled over by the wave, while others barely noticed it carrying them along.

But, with or without our knowledge, it has picked us up and deposited us far from where we were  a decade ago.

And there’s no going back.

This wave has forever changed the way we perceive ourselves, our employees, our students, and our children.”

Successful organizations focus on their strengths.

“Many of the world’s most successful organizations such as Wells Fargo, Intel, Best Buy, and Accenture have declared their commitment to becoming an explicitly strengths-based organization.

All new manager at Toyota must now attend a three-day Great Manager training program that shows them how to spot the strengths of their subordinates.

All new managers at Yahoo are required to take an online survey that measures their talents and pinpoints their strongest.”

Universities Have Been Swept Up by the Movement

Universities are now focusing on strengths.

“Universities too have been swept up by the movement.  Princeton, with great fanfare, recently set up its own Center for Health and Well-Being, dedicated to the study of all that is right in the world.  Over half the faculty are, surprisingly, economists.

At Harvard, Professor Tal David Ben-Shahar’s class An Introduction to Poistive Psychology is now the most popular elective class in the entire curriculum.

And Azusa Pacific University now has a Center for Strengths-Based Education, set up by the pioneering educator Edward ‘Chip”’Anderson.”

Even the law is shifting to strengths over weaknesses.

“If your child happens to break the law in Ingham County, Michigan, before his day in probate court, he’ll be asked to fill out a Strengths Assessment for Juvenile Justice, which will pose strengths-based questions such as ‘Have you made any good changes in the past?  How did you make these changes?’ and ‘What is your first step to get out of this trouble?  Who will be the first person to notice this step?’”

According to Buckingham, psychiatry students learn the Strengths Model.

“If you are a psychiatry student learning to work with patients suffering persistent mental disorders, you will be asked to read Charle’s Rapp’s 1997 classic, The Strengths Model, which shows you, case by case, how to ‘amplify the well part of the patient.’”

Major League Soccer has a Strengths-Based Coaching course that reinforces good patterns rather than focus on the bad.

“If you are in aspiring coach, Major League Soccer will be happy to sign you up for its Strengths-Based Coaching course.  Here you’ll learn, among other things, how to hand out “green cards,” which draw a child’s attention to a particularly good pass or tackle he made, rather than the traditionally punitive yellow and red cards.”

It Works Better than any other Perspective

Why do so many people from so many different worlds see power in the strengths-based perspective?

“Because it works better than any other perspective.  The radical idea at the core of the strengths movement is that excellence is not the opposite of failure, and that, as such, you will learn little about excellence from studying failure.

3 Fears that Hold You Back – Fear of Weaknesses, Fear of Failure, and Fear of Who You Are

3 Myths About Strengths and Weaknesses

4 Signs of a Strength – Success, Instinct, Growth, and Needs

6 Steps for Putting Your Strengths to Work

How To Bust a Myth with 3 Questions

How To Find Your Strengths

How To Leverage Your Hidden Strengths

Spend 75 Percent on Your Strengths

Why Should You Focus on Your Strengths?

10 Years Younger
Next Post:How To Play to Your Strengths and Add Value to the Team