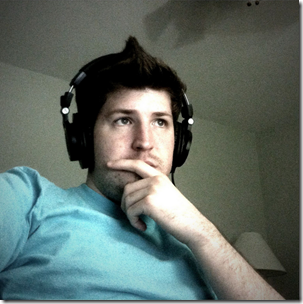 “Do not fear death, but rather the unlived life. You don’t have to live forever. You just have to live.” — Natalie Babbitt

What stands between the life we live and our unlived life?

In The War of Art: Break Through the Blocks and Win Your Inner Creative Battles, Steven Pressfield shares a tale of two lives:  the lived life and the unlived life.

Pressfield inspires us to defeat Resistance and answer to our calling.

The Life We Live and the Unlived Life

Resistance keeps us from living our unlived life.

“Most of us have two lives.  The life we live, and the unlived life within us.  Between the two stands Resistance.”

Is there something you want to do or be that you haven’t done or become?

“Have you ever brought home a treadmill and let it gather dust in the attic? Ever quit a diet, a course of yoga, a meditation practice?  Have you ever bailed out on a call to embark upon a spiritual practice, dedicate yourself to a humanitarian calling, commit your life to the service of others?

Have you ever wanted to become a mother, a doctor, an advocate for the weak and helpless; to run for office, crusade for the planet, campaign for world peace, or to preserve the environment? Late at night have you experienced a vision of the person you might become, the work you could accomplish, the realized being you were meant to be? Are you a writer who doesn’t write, a painter who doesn’t paint, an entrepreneur who never starts a venture?  Then you know what Resistance is.”

Genius Guides Us to our Calling

Your genius is within you.  A writer writes with it.  A painter paints with it.

“Genius is a Latin word; the Romans used it to denote an inner spirit, holy and inviolable, which watches over us, guiding us to our calling.  A writer writes with his genius; an artist paints with hers; everyone who creates operates from this sacramental center.  It is our soul’s seat, the vessel that holds our being-in-potential, our star’s beacon and Polaris.”

Her Life is Over and She Starts to Live

She has never been happier.

“Have you heard this story: Woman learns she has cancer, six months to live.  Within days she quits her job, resumes the dream of writing Tex-Mex songs she gave up to raise a family (or starts studying classical Greek, or moves to the inner city and devotes herself to tending babies with AIDS).  Woman’s friends think she’s crazy; she herself has never been happier.  There’s a postscript.  Woman’s cancer goes into remission.”

Do We Have To Stare Death in the Face to Answer Our Calling?

“Do we have to stare death in the face to make us stand up and confront Resistance? Does Resistance have to cripple and disfigure our lives before we wake up to its existence? How many of us have become drunks and drug addicts, developed tumors and neuroses, succumbed to painkillers, gossip, and compulsive cell-phone use, simply because we don’t do that thing that our hearts, our inner genius, is calling us to?  Resistance defeats us. “

What If We Answered Our Calling?

How would the world change if we all found our calling and used our genius?  Maybe it won’t change the world, but it just might change your world.

“If tomorrow morning by some stroke of magic every dazed and benighted soul woke up with the power to take the first step toward pursuing his or her dreams, every shrink in the directory would be out of business.  Prisons would stand empty.  The alcohol and tobacco industries would collapse, along with the junk food, cosmetic surgery, and infotainment businesses, not to mention pharmaceutical companies, hospitals, and the medical profession from top to bottom.  Domestic abuse would become extinct, as would addiction, obesity, migraine headaches, road rage, an dandruff.”

The Calling That is Yours and Yours Alone

“Look in your own heart.  Unless I’m crazy, right now a still small voice is piping up, telling you as it has ten thousand times, the calling that is yours and yours alone.  You know it.  No one has to tell you.  And unless I’m crazy, you ‘re no closer to taking action on it than you were yesterday or will be tomorrow.  You think Resistance isn’t real? Resistance will bury you.”

Are you learning to live your unlived life?

That Moment Where the World Stops

Those Moments When You Are Most Alive