Thinking as a Skill 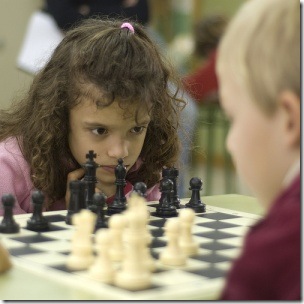 Thinking is probably one of the simplest things to improve that can improve you’re overall impact.

At Microsoft, I’ve seen first hand the impact of skillful thinking.  I like the fact that with a few techniques, people can change their game when it comes to analyzing, assessing, and responding to problems.

The other common denominator among the smarties is they are all trained in thinking skills.

At Microsoft, I’ve been trained in strategic thinking, creative thinking, critical thinking, and emotional intelligence.  In each of these trainings, I learned new lenses, models, and techniques to improve my thinking.  My big take away is, I don’t have to be the smartest apple in the barrel.  Instead, I need to know the right tool for the job.

In the book, Tactics: The Art and Science of Success

, Edward de Bono suggests that learning thinking as a skill is more important than raw talent.

Thinking Can Be Developed Through Training and Deliberate Effort
It’s not what you’ve got, it’s how you use it.  de Bono writes:

“I like to think of intelligence as being equivalent to the horsepower of a car.  The skill of thinking is then the skill of the driver.  There may be a powerful car driven badly and a humble car driven well.  Indeed, a powerful car may be particularly dangerous because it demands a higher degree of driving skill.  I believe that thinking skill, like driving skill, can be developed through training and deliberate effort.”

Learned Ability Over Raw Talent
Somebody who is naturally good at math, would still be less effective than somebody who is trained in math.  de Bono writes:

“If we tested the raw natural mathematical abilities of a group of people, we would get a scatter of talent.  But even the best people would probably fall far behind someone who had learned the notations, methods, and systems that have developed for the operation of mathematics.”

“Because we have made so very little effort to train thinking deliberately as a skill, we have to rely on untutored natural ability.  When we start to treat thinking like a skill and to train it, we may find that skill in thinking is more important than genetic endowment in this area (within certain limits).  For example, the use of the random word as a deliberate creative technique can yield a higher output of ideas than an effort without such a technique.”

Thinking is Not the Same as IQ
If you consider thinking the same as IQ, then it’s limiting.  de Bono writes:

“I would regard the notion that thinking is the same as IQ as being highly dangerous, because from it follow two suppositions: first, that people with high IQ do not need to learn thinking; second, that people with a lesser IQ cannot be taught thinking anyway.  The result is that nothing is done.”

Ability to Focus and Prioritize is Key
Focus and prioritization seem to be at the heart of developing a powerful thinking style.  de Bono writes:

“It is possible that some successful people have developed a powerful thinking style on their own and without specific training.  The ability to focus and to assess priorities seems to be a component of this style.”

A Story
What does thinking as a skill look like in practice? Originally when I would prepare for project reviews, I would drive from walking through the project, from the business case, the impact, and then the execution.  At a high level, this sounds good, but during the review, a lot of issues would get exposed.  For example, what’s the problem look like over time? Is now the right time for the market?  Do we have the right people? … etc.

After some training in Precision Questions / Precision Answers, negotiation strategies, and Crucial Conversations, (and getting beat up enough times), now I can very quickly do a question-driven analysis of the problem, the solution, the project, including both the vision and the execution.  Now it’s easy for me to very quickly drill into any of my own or other projects using the question framework that cuts right to the chase.  My learned framework evolved by observing my early results and changing the approach, and the beauty of it is that I don’t need to be a domain expert or apply any special intelligence to make it work effectively.

Gretchen Rubin on 10 Great Lessons in Happiness
Next Post:Don’t Confuse Strengths and Weaknesses with Skills