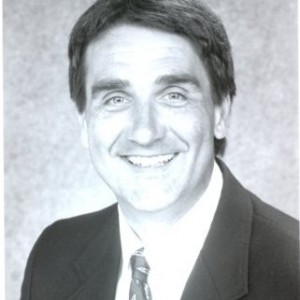 Editor’s note: This is a guest post from Dr. Ken Sylvester.

Dr. Sylvester is the president of Organization Strategy Institute, Inc and has more than 35 years of experience as a leadership and management consultant and professional negotiator.

Twenty-five years of business in 32 countries has honed my understanding of what sets successful business people apart from those whom success is an elusive quest.

Five characteristics persist in leaders I have been honored to know.

Here are the top 5 characteristics of leaders:

Depersonalization is an approach to avoid interpreting others’ words and behaviors as having to do with you personally.

Successful leaders and negotiators have learned to depersonalize others.

Most of the conflicts and problems that I have observed among people have its root in personalizing others’ behavior.

Self-control refers to a person’s ability or inability to maintain “composure” under pressure. The challenge of maintaining self-control involves command of the arousal of strong feelings.

“Hot-buttons” are activated under stress and are most often a reaction to emotive habits. “Hot buttons” are distinct for each individual. The two most contagious human emotions are anger and aggression.

Regardless of what the nature is of others’ behavior or words, there are people who can effortlessly stimulate our emotive behavior. Emotional maturity requires we control how we react to such things as others’ behavior, personality traits, use of words, or ways of thinking that sidetrack us from our goal – which is achieving an agreement.

Objectivity is simple when it concerns others. When others become upset, it is normal to explain to them why they should not be upset. That is because it is not “our” issue. It is different however, whenever our emotions are activated. Human behaviors are complex. They are “triggered” by numerous reasons. Most of the “things” that stimulate emotive reactions in us are simply other people trying to get their needs met in the best ways they have learned to do so.

Failure is a part of every attempt successful endeavor. Acknowledge that the human mind is imperfect. Human beings tend to believe that others make mistakes. Others may fail . . . but not us!

The human tendency to deny failure exists in all professions and in all aspects of human life. The fact is that people fail. Not succeeding is a condition of life.

An effective leader must adjust en route to achievement, but should not surrender to failures and setbacks. Great leaders accept that imperfections will invade everyone’s life and plans. Therefore, expect it! Better to be prepared than to be surprised.

Failure will occur. Failure cannot be avoided. However, the ability to recover from failure is the critical test of an effective negotiator. No one enjoys failure, yet no person has ever demonstrated perfection.

Great leaders have great flaws. It all depends upon what you choose to focus on – the shortcomings or the reaching for achievement.

It has been said that the test of leadership is determined by what stops a leader from achieving their goal [referred to as “stopping power”].

The kinds of imperfections that stop leaders are:

Perfectionism that demands meticulous precision to the exclusion of reasonably getting the task done; Perfectionism is not the same as high standards. High standards involve doing one’s best and pursuing continual improvement;

Leaders must be experts at managing disappointing performance in themselves as well as feelings of personal inadequacy;

I have observed highly gifted and intelligent leaders come to nothing under the collapsing weight of a failure and the expectation of perfection. I have equally observed people with profound limitations and deficiencies succeed because they managed these 5 characteristics.

One woman that comes to mind is Lucy Arnaz of the “I Love Lucy” show. Lucille Ball was born on August 6, 1911 in Jamestown, New York to Henry Durrell Ball and Desiree Evelyn Hunt.

She dropped out of high school in 1926 (at the age of 15) to go to the John Murray Anderson Drama School in New York City.  However, the school sent her 17 rejection letters telling her that she had no talent and therefore would not accept her into the school.  From 1951 – 1957 the “I Love Lucy” show was the most watched and popular Television program on the air. Her marriage disintegrated.

These early failures and life’s imperfections did not “stop” her.

It’s Not What Happens to You

I have never met a leader who has not experienced areas such as personal and organizational failure, struggled with imperfections in themselves and their followers, endured the isolation of being at the top, during a crisis reached out to friends that were nowhere to be found, were criticized for making a great effort, lost sight of their goal, were vulnerable to attacks from those they believed were their allies, and so forth.

Yet those who depersonalized others’ attacks and criticisms, maintained their self-control and emotional maturity under the strain of leadership, effectively managed the failures of their self and others, and coped with the reality of human imperfection stand as the icons throughout history.

What happens is not as important as how we interpret what happens.

How To Choose Between Pattern-Based Leadership vs. Fact-Based Management
Next Post:It’s Between Your Ears