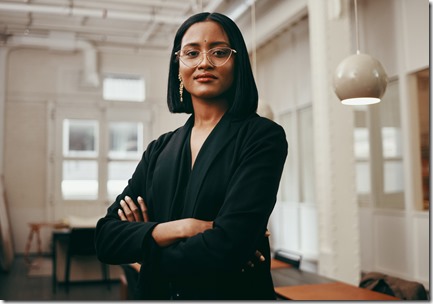 “Character is like a tree and reputation like a shadow. The shadow is what we think of it; the tree is the real thing.” — Abraham Lincoln

Stephen Covey taught us that our character is our foundation for success.

Leaders reveal their character through the choices they make and the actions they take.

Great Warrior Leaders focus on the bigger picture, the greater good, and the people they serve.

Warrior Leaders treat leadership as a privilege, not something they are entitled to.  And, they continuously refine who they are while taking on the tough stuff.

In the book, Warriors At The Helm: A Leader’s Guide to Success in Business, author Juan Carlos Marcos reminds us that great Warrior Leaders forge their character each day while working on the things that matter.

What separates one person from another?  Their character.  Character reveals who they are.  Great leadership starts with character.

“Leadership begins with character.  Webster’s dictionary defines character as ‘one of the attributes or features that make up and distinguish an individual.’

According to that definition, character can be either good or bad.  For the purpose of this book, I refer to good character, which includes attributes like moral courage, honesty, being humble, caring and appreciative and having integrity and empathy.”

Great leaders put people first and they keep the mission front and center.

“In the context of the corporate world, it also includes the ability to make the tough decisions.

It includes putting the enterprise, and its people and shareholders, above one’s own personal priorities.

Finally, it includes ensuring that employees and customers are treated fairly and with the utmost respect.

In a leadership role anyone lacking any of these attributes is out of place.”

Great leaders don’t shy away from the big rocks.  They dive in.  They ask for help where they need it.

“As with the attributes and behaviors of Warriors, to be a Warrior Leader requires honest introspection about opportunities, help from trusted colleagues and a commitment to work on the things that need refinement.”

Great leaders beat the streets and stay in touch with what’s happening.

They know how others are feeling.

“For Warrior Leaders, regular doses of brutal honesty and calibration are important.

Some people do all the right things to get to senior leadership levels and then forget where they came from or what gets them there.

Worse yet, some begin to suffer from a bad case of omnipotence and quickly lose touch with reality.”

Great leaders don’t act as if they are entitled to their position.

They earn it through their actions and their service.  It’s a privilege.

“Warrior Leaders seek perspective on how they are doing.  Specifically, they want to know how customers and employees perceive them.

Warrior Leaders believe that leadership is a privilege and act on the adage that ‘to whom much is given, much is expected.’”

Your character is yours to make.

Let me leave you with some words of wisdom from Henry Ford:
“The greatest thing we can produce is character. Everything else can be taken from us, but not our character.”

These are the 7 Durable Keys to Health, Longevity, and Vitality
Next Post:Little Micro-Moments of Love