What Can the St. Louis Cardinals Teach Us about Workplace Performance? 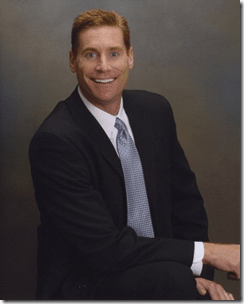 Editor’s note: This is a guest post by Jason Selk Ed.D. on how to apply principles of mental toughness to improve your performance at work.

Jason is the bestselling author of 10-Minute Toughness and Executive Toughness.  His mission is “the relentless pursuit of greatness” and he makes a living training entrepreneurs, executives, and world-class athletes in how to bring out their best in any situation.  Jason has also been featured in USA Today, Men’s Health, Muscle and Fitness, Shape, and Self Magazine, an he’s a regular contributor to ABC, CBS, ESPN, and NBC.

What I like about Jason’s approach is that it’s about accountability, focus, and optimism.  I also like that Jason draws tools and techniques from sports psychology that you can apply to “win” in the boardroom and win at life.

In this post, Jason shares the same tools he’s used with the St. Louis Cardinals that you can use to change your game in the workplace. Without further ado, here’s Jason …

When spring arrives, my mind always conjures up the baseball fields in Jupiter, FL, where I spent many seasons helping the St. Louis Cardinals get into peak mental condition for spring training.

Back in 2006, I was hired by the St. Louis Cardinals to train them in Mental Toughness. They already had a coach that to teach them the mechanics of pitching, batting, and fielding. What they needed was to learn how to set goals, focus on their priorities, stay positive, be disciplined, and win. I became their first Director of Mental Training, and that year they went on to win their first World Series in 20 years.

The principles of Mental Toughness are as useful in the workplace as they are in the dugout. In fact, I have trained not only world-class athletes but countless entrepreneurs and executives as well, using the same techniques. Not surprisingly, highly productive business leaders and high-performing athletes have many traits and behaviors in common.

5 Ways to Build Your Mental Toughness

Businesspeople are prone to many of the same unhelpful behaviors and mindsets as underperforming athletes, which prevent them from being at the top of their game and outshining the competition.

Let’s look at five ways to train your business brain in Mental Toughness, taking a cue from the world champion Cardinals. These will prevent unproductive habits from getting in the way of your personal best.

1.  Pay Attention to Your Swing, and Forget the Home Run

If you focus on the target—e.g., finishing the report, making the sale, acquiring the new client—you may never get there. That’s because you can’t accomplish a goal without first having a sound process in place. Instead, identify those daily goals that have the greatest influence on your performance and, therefore, your success. I call these process goals. Then put all your energy and courage into tackling them every single day. If your aim is to double your client load in one year, then figure out three specific tasks, or process goals, you need to complete each day that will help you reach that ultimate target. If you are relentless and consistent about completing your three daily process goals, you will succeed.

2. Don’t Take Your Eye Off the Ball

Many high-performing businesspeople believe they can multitask and still maintain focus. For instance, they answer emails and check their calendar while talking to a client. However, recent research from Stanford University found that multi-taskers are both less productive than their single-minded counterparts, but also suffer from weaker self-control. In other words, multitasking can be addictive. Control your tendency to become distracted by keeping your eye on the task you are involved with right now. While completing the three tasks you identified above, turn off your cell phone and shut down your email. The American Psychological Association cites a study showing that multitasking leads to as much as a 40 percent drop in productivity.

If you want to be more productive, you need to establish your own limits, or “not to-do” list. This might include counterproductive tasks such as responding to company emails during family time, talking to clients after 3:30 p.m., or not saying yes right away to a new project, but giving your answer the next day, after you’ve slept on it. Be sure that you are scheduling your calendar rather than allowing your calendar to schedule you.

4. Get R&R Between Workouts

Nearly 4 out of 10 workers are regularly fatigued, according to a recent study in the Journal of Occupational and Environmental Medicine. Lack of sleep causes fatigue, and that’s a productivity killer. In fact, the rate of lost productivity for workers with fatigue was 66 percent, compared with 26 percent for workers without fatigue. Total lost productive time averaged 5.6 hours per week for workers with fatigue, compared to 3.3 hours for their counterparts without fatigue. Make rest and rejuvenation a priority. Give yourself 7-9 hours of sleep per night.

5. Listen to Your Body

In sports, when athletes try to push through the pain, they end up on the DL with injuries. In the workplace, this is known as “extreme working,” and it results in lower performance. New research found that 69 percent of extreme workers—super high achievers who regularly work 60-80 hours a week and are in the top 6 percent of earners—admit that their extreme working habits undermine their health. Most of these workers can’t sustain this level of performance, and end up burning out, just like promising athletes who have to sit on the bench all season or retire early because of injuries.

Jason Selk Ed.D. is the bestselling author of 10-Minute Toughness (McGraw-Hill, 2008) and Executive Toughness(McGraw-Hill, 2011). He is a regular contributor to ABC, CBS, ESPN, and NBC radio and television and has been featured in USA Today, Men’s Health, Muscle and Fitness, Shape and Self magazine, among others. Dr. Selk uses his in-depth knowledge and experience from working with the world’s finest athletes, coaches, and business leaders to help individuals and organizations outperform their competition.

9 Ways to Add 12 Years to Your Life
Next Post:We are All Rocket Surgeons