What Determines Focus and Assertiveness 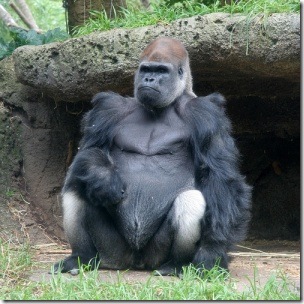 What determines somebody’s focus and assertiveness?

It depends on intent.

People reveal their intentions based on their focus and their assertiveness.

In other words, behavior leaves clues.

By knowing that to look for, you can better interpret the clues, and actually understand why people treat you a certain way.

In Dealing with People You Can’t Stand: How to Bring Out the Best in People at Their Worst, Dr. Rick Brinkman and Dr. Rick Kirschner identify four intents that determine focus and assertiveness.

Focus and Assertiveness are Driven by Intent

What is that behavior intended to do?  What is that person actually trying to accomplish?

“Every behavior has a purpose, or an intent, that the behavior is trying to fulfill.

People engage in behaviors based on their intent, and do what they do based on what seems to be most important in any given moment.

For our purpose, we have identified four-general intents that determine how people will behave in any given situation.

While these are obviously not the only intentions motivating behavior, we believe they represent a general frame of reference in which practically all other intents can be located.”

Get the Task Done

When you really need to get something done you tend to speed up rather than slow down, to act rather than deliberate, to assert rather than withdraw. When a task is urgent, you may become careless and aggressive, leaping before you look, and speaking without thinking first.

Get the Task Right

When getting it right is your highest priority, you will likely slow things down enough to see the details, becoming increasingly focused on and absorbed in the task at hand. You will probably take a good, long look before leaping, if you ever leap at all.

Get Along with People

When there are people with whom you want to get along, you may be less assertive as you put your needs above your own.

Get Appreciation from People

Get appreciation from people requires a higher level of assertiveness and a people focus, in order to be seen, heard, and recognized. The desire to contribute to others and be appreciated is one of the most powerful motivation forces known. Studies show that people who love their jobs, as well as husbands and wives who are happily married, feel appreciated for what they do and who they are.

When you think people are up to something, they usually are.

But they may not be up to what you think, or it may not be what’s at face value.

To help you figure out what’s really going on, look at behaviors based on purpose.

The Lens of Human Understanding

7 NLP Meta-Programs to Help You Understand People Better
Next Post:5 Ways to Improve Commitment and Follow-through