How To Define Intelligence in a Better Way 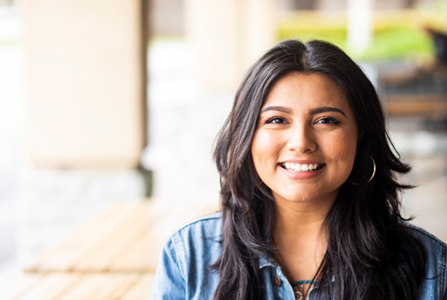 “Action is the real measure of intelligence.” — Napoleon Hill

To put it simply, I think how we see intelligence and how we see ourselves can be limiting or enabling.

And, I’m a fan of enabling and empowering you … with skill.

Intelligence is the Ability to Make Finer Distinctions

Here are a few ways to think about “intelligence”:

Intelligence is the Ability to Learn

My one dictionary defines intelligence as:

“the ability to acquire and apply knowledge and skills”

Another dictionary defines intelligence as:

“the ability to learn or understand or to deal with new or trying situations: Reason, also: the skilled use of reason … and the ability to apply knowledge to manipulate one’s environment or to think abstractly as measured by objective criteria.”

A Traditional Definition of Intelligence is Limited

In my view, those definitions of intelligence are interesting but limited.

Wow, that’s a whole lot of intelligence going on.

I actually like Howard Gardner’s theory of multiple intelligences.  I like Howard’s work for a few key reasons.  Fist, I like the fact that he took a broad, multi-disciplinary view of intelligence.  It goes well beyond the idea of take a test, and your IQ score says how smart or dumb you are.

I especially like the fact that Howard connects intelligence to value, the community, and the greater good.   This creates an interesting reason for having intelligence in the first place, that goes beyond the individual.

I also really like the fact that Howard connects intelligence with the development of skill:

“Strictly speaking, every intelligence entails the development of skills.”

In the book, Changing Minds: The Art and Science of Our Own and Other People’s Minds, Howard Gardner does a great job of defining intelligence and helping us see new ways to look at, value, and develop our intelligence.

What I like about Howard’s definition of intelligence, aside from the multi-disciplinary view is that he connects it with solving problems, building products, and creating value.

“I define intelligence as a biopsychological potential to process specific forms of information in certain kinds of ways.  Human beings have evolved diverse information-processing capacities — I term these ‘intelligences’ — that allow them to solve problems or to fashion products.  To be considered ‘intelligent,’ these products and solutions must be valued in at least on culture or community.”

Intelligence Varies with Time and Place

“The last assertion of ‘being valued’ is important.  Rather than claiming that intelligence is the same in all times and places, I recognize that human beings value different skills and capacities at various times and under various circumstances.

Indeed, inventions like the printing press or the computer can alter, quite radically, the abilities that are deemed of importance (or no longer of importance) in a culture.  And so individuals are not equally “smart” or “dumb” under all circumstances; rather they have different intelligences that may be variously cherished or disregarded under different circumstances.  In terms of the argument put forth here, each intelligence represents a distinct form of mental representation.”

Here are the multiple-intelligences that Howard Gardner has identified through his body of work:

The Theory of Multiple Intelligences

Howard’s work with Norman Geschwind, a pioneering American behavioral neurologist,  and his colleagues convinced him that the singular view of intelligence was ineffective.  Specifically, Howard no longer believed in the following views of intelligence:

“1) Intelligence is a single entity. 2) People are born with a certain amount of intelligence, 3) It is difficult to alter the amount of our intelligence — it’s ‘in our genes’ so to speak. 4) Psychologists tells you how smart you are by administering IQ tests or similar kinds of instruments.”

In response, Howard developed the theory of multiple intelligence based on his work with Geschwind, brain study research, and his broad  experience teaching across a variety of topics from anthropology to piano, to individuals from kindergarten to college.  Howard writes:

“Spurning an excessive dependence on psychometric instruments, I instead developed a view of intelligence that was deliberately multidisciplinary.  I considered evidence from anthropology — which abilities have been valued and fostered in various millennia in different species; and the study of ‘individual differences’ — particularly evidence from unusual populations such as autistic individuals, prodigies, and youngsters with specific learning disabilities.  Perhaps most crucially, I collated evidence from brain study: what we know about the development and breakdown of the brain and the ways in which different regions of the cortex effects different mental computations.”

Let me leave you with a closing thought on intelligence … actually, a quote, by Alan Alda:

“Be as smart as you can, but remember that it is always better to be wise than to be smart.”

Changing Minds: The Art and Science of Our Own and Other People’s Minds, by Howard Gardner

Emotional Intelligence: 10th Anniversary Edition; Why It Can Matter More Than IQ , by Daniel Goleman

Frames of Mind: The Theory of Multiple Intelligences, by Howard Gardner

Positive Intelligence: Why Only 20% of Teams and Individuals Achieve Their True Potential, by Shizrad Chamine