What is the Zone 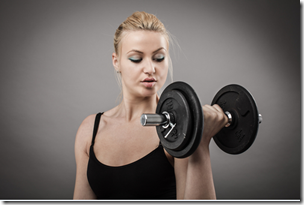 In the book, The Top 100 Zone Foods: The Zone Food Science Ranking System, by Dr. Barry Sears writes about what “the Zone” is and why it matters for your health and fitness.

According to Dr. Sears, within one week of the Zone, you’ll enjoy the following shorter-term benefits:

According to Dr. Sears, in the longer term, the benefits of the Zone include:

The Story of the Zone

You can change your genetic fate by changing what you eat.   A key inspiration behind the health practices of the Zone are inspired by the idea of using foods to influence your hormones.

“You probably assume you’re a product of your genes.  You have your father’s eyes, your mother’s freckles, and your grandmother’s diabetes.  I, too, am a product of my genes.  Every male on my father’s side has died at an early death after suffering a premature heart attack.  My father died in 1972 at the age of 54, and I was sure that I was genetically destined for this same fate.

Although I knew I couldn’t change my genes, I didn’t want to be a slave to them either.  I was determined to alter my genetic destiny and live a normal, healthy lifespan.  I didn’t buy into the notion that some new medication would come along to save me.  I had to take charge of my own health directly by changing my eating habits.  So I decided to devote my work as a researcher to discovering what, if any, dietary habits could reverse my impending collision course with my genetic fate.  Through 20 years of research, I’ve learned that foods can indirectly turn certain genes on and off by altering the levels of hormones, the chemical messengers that control our lives.  These hormones can alter our genetic fate by increasing or decreasing our natural lifespan.”

Keep Your Insulin Levels in the Zone

Dr. Sears writes that the key to a longer, healthier life is controlling your insulin levels.

“One of the most powerful hormones controlled by foods we eat is insulin.  My research found that if you could keep insulin levels within a certain zone — not too high and not too low — you could, in fact, bypass your genetic glitches and avoid certain chronic diseases.  The result?  A longer and healthier life.”

Dr. Sears writes that the Zone is not a short-term diet, but a life-long dietary strategy.

“I called my program the Zone Diet.  Although it was developed for treating cardiovascular disease and Type 2 diabetes, it is also the most effective way to lose excess body fat without feeling deprived or hungry.  It is not a short-term diet, but a life-long dietary strategy that can keep you at a healthy weight for the rest of your life.”

Dr. Sears writes that the key to the Zone is balancing carbohydrates, protein and fat.

“All you need to do is eat the right combination of foods at every meal.  This means eating a balanced amount of carbohydrates, protein and fat at every meal and snack — and eating all these foods in moderation.  Follow this simple rule at every meal, and you will achieve the hormonal responses that will get you into the Zone.”

The Longest Living Population in the World

According to Dr. Sears, the Okinawans have a diet similar to the Zone.

“The Zone Diet has continued to evolve into increasingly healthier versions, such as replacing low-fat animal protein with increasing amounts of soy protein. I wrote The Soy zone based on the diet eaten by the longest-living population in the world, the Okinawans.  Their basic diet is the Zone Diet, containing primarily vegetables, some fish and animal protein, but with most of their protein from soy.”

Overall the Zone is about shaping your body’s health, by designing what you eat to influence your insulin and genes.

Dining Out in the Zone

Supermarket Shopping in the Zone

Dining Out in the Zone
Next Post: A Zone Primer