What Optimists Do Differently 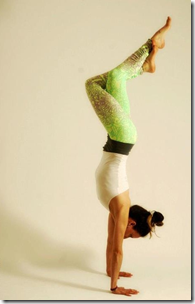 “We are all in the gutter, but some of us are looking at the stars.” — Oscar Wilde

What do optimists do differently than pessimists?

They ignore their failures.

But you know what?

They succeed where others fail.

In the book, Awaken the Giant Within:  How to Take Immediate Control of Your Mental, Emotional, Physical and Financial Destiny, Tony Robbins shares what optimists do differently.

The Secret of the Optimist’s Future Success

Optimists see themselves as better than they are.

“In fact, many studies have focused on the differences between people who are depressed and people are extremely optimistic.  After attempting to learn a new skill, the pessimists are always more accurate about how they did, while the optimists see their behaviors as being more effective than it actually was.  Yet this unrealistic evaluation of their own performance is the secret of their future success.“

Optimists don’t dwell or get blocked by failures.

“Invariably, the optimists eventually end up mastering the skill while the pessimists fail.  Why? Optimists are those, who, despite having no references for success, or even references of failure, manage to ignore those references, leaving unassembled such cognitive tabletops as ‘I failed’ or ‘I can’t succeed.’ “

Optimists have a picture in their mind of what success looks like and they just keep re-adjusting until they reach it.

“Instead, optimists produce faith references, summoning forth their imagination to picture themselves doing something differently next time and succeeding.  It is this special ability, this unique focus, which allows them to persist until eventually they gain the distinctions that put them over the top.  The reason success eludes most people is that they have insufficient references as, ‘The past doesn’t equal the future.’”

Optimists keep going towards their vision of success.

“All great leaders, all people that have achieved success in any year of life, know the power of continuously pursuing their vision, even if all the details of how to achieve it aren’t yet available.  If you develop the absolute sense of certainty that powerful beliefs provide, then you can get yourself to accomplish virtually anything, including those things that other people are certain are impossible.”

If you can see it in your mind’s eye and feel a sense of certainty, you give yourself a better chance to pursue your goal until you succeed.

And that’s how optimists do it.

How Your Fantasies of Greatness Can Hold You Back
Next Post:7 Power Questions to Start Your Day