Whose Idea Was That, Anyway? 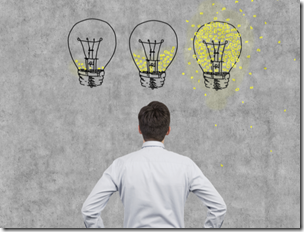 “Don’t worry about people stealing your ideas. If your ideas are any good, you’ll have to ram them down people’s throats.” — Howard Aiken

Why does a colleague remember an idea but not whose idea it was?

I was reading an article in Scientific American Mind, called The Art of Forgetting.  In the article, editor Gareth Cook asks Dowe Draaisma, author of The Nostalgia Factory: Memory, Time, and Ageing, why people remember an idea, but no whose idea it was.

Why do people forget the source?

Our Memory Fails Us

On one hand, you might think it’s because people like to steal ideas.  Or, if an influencer has done a good job, they convinced somebody else to buy into an idea as if it was their own, and they thought of it.

But there’s another reason why people forget whose idea it was, and it has to do with how our memory works.

We Have Two Different Types of Memory

“This phenomenon is a actually a nice demonstration of the fact that we should think of ‘memory’ as a federation of different types of memory.

Suppose you are in a meeting with colleagues, discussing some problem.  You come up with a suggestion, but someone else’s solution will be tried first.  This situation activates two types of memory.”

Our autobiographical memory remembers details about the situation.

“Autobiographical memory takes care of retaining who was there, whether it was a morning or an afternoon meeting, perhaps even what the weather was like that day.”

Our semantic memory remembers the content of the idea.

“Semantic memory retains the facts of the matter: what the problem was, which solutions were suggested, and so on.”

Our semantic memory remembers the idea, but not the source.  And that can be a source of problems down the line.

“The trouble is, semantic memory has trouble remembering sources and circumstances.  Most of the facts you remember — such as the meaning of ‘incubation’ or the capital of Sweden — are just the facts, and you have probably forgotten who told you or where you read this information.

A week later, at a follow-up meeting, you may find that your colleague has retained your idea, thanks to his wonderful semantic memory but has forgotten its source — you.”

Kids Know Their Idea When They See It

In an article by Bruce Fellman for Yale Alumni Magazine, Fellman, shares some insight into how kids think about ideas, and it changes between ages 4 and 6.

Via Whose Idea Was That, Anyway?

“They asked each child to create two pictures. For one, the child came up with the idea and told an adult how to do the work; for the other, the roles were reversed. When asked which picture they’d like to take home, almost seven out of ten kids, regardless of age, went with the art representing their idea.

The kids were also asked to decide on hypothetical pictures created by others: who should take home a picture, the child who generated the idea or the child who made the drawing? The four-year-olds were evenly split; the six-year-olds, by nine to one, picked the idea person.”

So, the next time your ideas are not lost, but you are forgotten, consider how the culprit might be semantic memory at play.

3 Ways to Get Unstuck

How To Feel More In Control of Your Life with Skill
Next Post:The Leadership Secrets of Santa Claus Book Summary