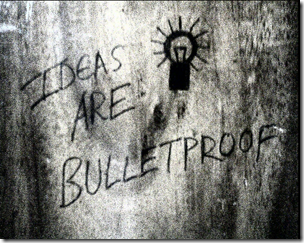 “Get five or six of your smartest friends in a room and ask them to rate your idea.” — Mark Pincus, Zynga, CEO

What if startups could succeed more often?

But unfortunately they don’t.

They fail way more often than they have to.

An idea looking for a customer, is a dangerous game to play, with the odds stacked against you.

Diana Kander shares insight into why startups fail in her book, All in Startup: Launching a New Idea When Everything is On the Line.

The Vast Majority of Startups are Doing it Wrong

Are the vast majority of people doing startups, doing them right? Nope.

“As an entrepreneur, an investor, and, most recently, a senior fellow for the Kauffman Foundation, I’ve spent thousands of hours working with entrepreneurs, only to find that the vast majority of people starting business are doing it wrong.”

Startups Fail 75% of the Time

“The statistics are scary.  The overwhelming majority of startups fail.  Even startups funded by outside investors, the cream of the startup crop, fail a staggering 75% of the time.”

Can’t you just try harder or throw more money at the problem?  Sure, if you want to burn through your passion and your money.

Not every idea is something people will pay you for.

“Truthfully, most failing entrepreneurs are passionate, hardworking dreamers who will risk everything, and try anything, to make their startup a success.  They are great people.  Great people pushing flawed concepts for which no one was ever going to become a paying customer.  Startups fail because by the time the founders figure out that their idea isn’t good enough, it’s too late to make it better.  They only realize that no on actually wanted their product or service after they’ve already run out of money.

If at first you don’t succeed, maybe you should try a better idea that customers care enough to pay you for.

Entrepreneurship is the Path Out of Poverty

Pursuit, Passion, and Perils: The Story of One Young Entrepreneur

The 6 Filters for Truth
Next Post:This is How You Succeed as a Startup: Solve a Migraine Type Problem