Awareness is the First Step of Change 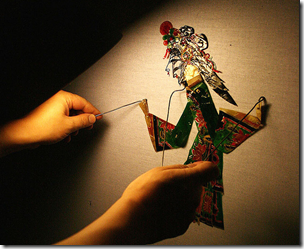 “It is not the strongest of the species that survive, nor the most intelligent, but the one most responsive to change.” — Charles Darwin

Many people resist it.

But all too often people get characterized as “they don’t like change” when in reality, I think it’s more a case of poor change leadership.

Change is a subjective experience, and I don’t ever see anybody complain about changes that they think are good.

Change is hard when people don’t know why there is a need to change.

You can usually trace resistance to change back to a lack of awareness, and nobody walked through the benefits of the change in a meaningful way.

In the book ADKAR: A Model for Change in Business, Government and our Community, Jeffrey Hiatt shares the number one reason people resist change and what to do about it.

The #1 Reason for Resistance to Change is Lack of Awareness

The number one reason that people resist change is because of a lack of awareness.

“In a 2005 study with 411 companies undergoing major change projects, the number one reason for resistance to change was lack of awareness of why the change was being made.  Project managers of these major change initiatives stated that employees and managers alike wanted to know the business reasons for the change so they could better understand the change and align themselves with the direction of the organization.”

What Should You Communicate About the Change?

If there’s one thing you do, give people compelling reasons for change.

Answer the question “Why change?”

“Communicate the business need for change and explain why the change is necessary; provide the compelling reasons for the change and emphasize the risk of not changing.”

Should Employees Ask Why Change?

Some managers don’t think that employees need to know why a change is important.

They think employees just need to do their job.

People can’t do their job well if they don’t understand why they are doing something, and what it’s supposed to achieve.

“Some managers argue, however that employees do not need to know the reasons behind every change.  They hold the position that employees are compensated for performing a job, and if that job should change, employees should just do those new tasks rather than ask why a change is needed.”

When you’re under the gun, so to speak, and you’re in critical scenarios, not everybody can afford to ask and answer why questions.

But that’s the exception, not the norm.

“When an organization has a high degree of control over an individual’s actions and choices, whether through circumstances or mutual agreement, this viewpoint may not be an obstacle to change.  For example, medical first responders and firefighters have established protocols and a clear chain of command.  When emergency circumstances dictate a change in their response, rescue personnel do not stop to ask why.  Likewise, when soldiers are operating under a crisis situation, the long-honored nature of military relationships enables a rapid compliance to change.   However, these extraordinary, time-critical situations are more the exception than the rule.”

High-Performing Workplace Environments Do Need to Answer Why Change

If you’re in a high-performing workplace, where employees are actually engaged in their work and play an active role in improving how work gets done, you’ll want them to really understand why there is a need for change, and what it means to them.

“In many high-performing workplace environments, an organization’s control over an individual’s day-to-day work is low.  For example, manufacturing employees using Six Sigma techniques are engaged in the everyday improvement of work processes.  These employees take ownership of both the work product and associated procedures.  They assume accountability for the results of their work.  In these circumstances, organizations have a lower degree of direct control over their employee’s day-to-day activities.  When changes are mandated from above, these employees are the first to ask ‘Why is this change being made?’

An organization’s control over the day-to-day tasks of professional employees is even less.  The information age has brought more educated and mobile employees into companies.  When they do not understand the reasons for change or do not agree with those reasons, they can create formidable resistance and barriers to change within an organization.”

4 Components to Address When You Build Awareness for Change

According to Jeffrey Hiatt, there are four components that you need to address when you are trying to build awareness of the need for change:

According to Jeffrey Hiatt , there are 5 factors that influence the success of creating awareness of the need for change.

If you can nail these 5 success factors, you can exponentially improve your success at creating awareness of the need for change.

Change is Good, If the Changes are Good

I’ve seen many changes rolled out where it’s obvious that nobody talked to the people that have to use the change.   And in many of these cases, the changes were not improvements because nobody actually tested what the changed would mean in real-life to real users and real people that it impacts.

For me, I see change as opportunity, but I don’t like changes for change’s sake.

I do like changes that actually make things better.

So whenever somebody wants to drive a change, I always want to know what problem are they solving, and what the change would actually mean to the people, the system, and the ecosystem involved.

It turns out, I’m not the only one who wants to know why a change is necessary.

So if you want to be a more effective change leader and improve your influence, let people know what’s driving the change, what’s in it for them, and the opportunity cost of not changing.

The Challenge of Personal Change

Interview – Taffy Williams on How Entrepreneurs Can Think Agile
Next Post: Desire to Change