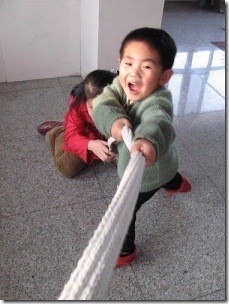 “In times of rapid change, experience could be your worst enemy.” — J. Paul Getty

Why do people resist change, even when it’s for their own good?

Well, believe it or not, your own body can actually work against you.

The good news is, if you know how your body works, you can make changes easier, or at least know what to expect.

In the article, “The Neuroscience of Leadership”, in strategy+business magazine, David Rock and Jeffrey Schwartz write about two reasons why people resist change.

According to Rock and Schwartz, trying to change a hard-wired habit requires a lot of effort, in the form of attention.

Your routine activities and tasks are handled by your basal ganglia which don’t require conscious thought.

When try to switch from a routine activity or task to new approach, it requires your prefrontal cortex.

Habits like how you sell ideas, run a meeting, manage others and communicate are comfortable routines. You could do them blindfolded.  Theses routines are handled by your basal ganglia. It requires a lot of effort in terms of attention to change them.

Errors Between Expectation and Actuality

According to Rock and Schwartz , change triggers “error” responses.

An error response is when you perceive a difference between expectation and actuality. Your error responses are generated by your orbital frontal cortex.

Your orbital frontal cortex responds to errors in expectations (e.g. you expect something to be sweet, but it tastes salty). It is closely connected to your amygdala.

The amygdala and the orbital frontal cortex are among the oldest parts of the mammal brain. When they are activated, they draw metabolic energy away from the prefrontal region, which supports higher intellectual functions.

What this means is that while you’re trying to make a change, and you need your higher-level processing (prefrontal region) to make that change, you’re busy reacting in your orbital frontal cortex and amygdala, while they are starving your prefrontal region.

A simple way to think about it is reduce friction and help create a glide-path for people to adopt new routines, including yourself.

Photo by The Wu’s Photo Land

The Pygmalion Effect (You Get What You Expect)
Next Post:The 10 Best Ways to Persuade